Give the Greatest Gift of all to a child in need... 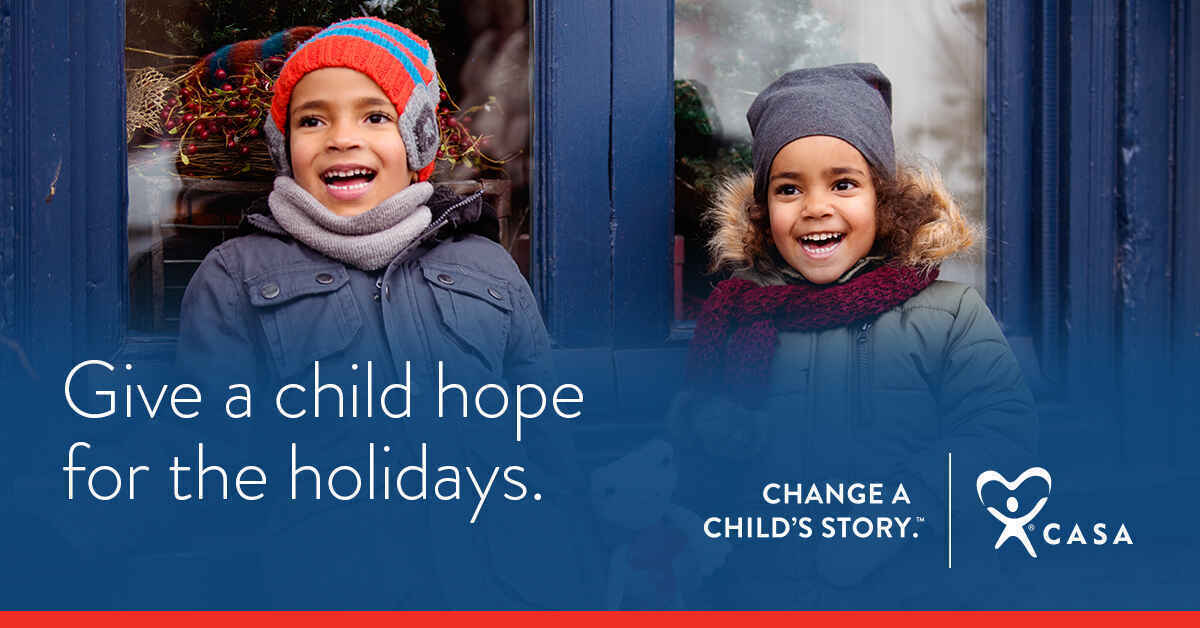 We are no longer accepting donations on this campaign, but there are other ways for you to support us today!

The purest form of innocence lies in the smile of a child, for a child is never capable of hiding their emotions. And it is this innocence that First Circuit CASA works diligently to protect from the harsh and brutal world.

It is heartbreaking to think of, but child abuse and neglect are more common than we think. Right now, there could be a youth, or a child, being abused at their own home or neglected due to their parents' poor choices. Many children go into foster care, but the struggle does not end there.

What does CASA do? Here is just one story of transformation and HOPE.

Jesse is six and was removed from her mother's care when her mom went to jail for drug use. Jesse's CASA volunteer has met routinely with her and monitored her progress since being placed in foster care and meeting routinely with her mother to discuss her follow-up on identified action steps required for reunification with her daughter. Jesse's CASA volunteer encourages mom when she achieves milestones for Jesse to be returned but holds her accountable for lack of action. The CASA also regularly meets with Jesse's DSS caseworker to discuss the status of Jesse's mother's progress.

Today Jesse and her mother have a good relationship strengthened by routine supervised visits. This little girl is doing very well in school, participating in activities, and has recently transformed from missing school to receiving an award for perfect attendance. This is the power of CASA through relationships that are committed to success.

Our volunteers work tirelessly to help these little ones, but they can't do it alone.

With the gift you give, you will be contributing to the strength of these children as they navigate a difficult time and move from surviving to thriving. Our compassionate volunteers share their hearts with our community's most vulnerable children all year, identifying their greatest needs and advocating for successful outcomes to seek a future brighter than their past.

A donation can make a difference to a child in need and write a healthy and robust story of love and resilience for the years to come. First Circuit CASA believes that every child before the court for abuse or neglect should have a court-appointed volunteer advocate. Today, we serve 109 children, but many more need our help

With warm wishes and great gratitude,